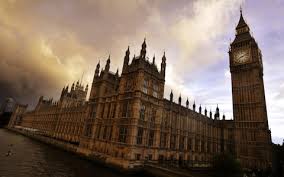 Yesterday was a bit different to my usual Wednesday. I was invited to Westminster to take part in a roundtable discussion with Carers UK, organizational leads from NHS and local government, and Caroline Dinenage the Minister for Social Care.
(Yes, her dad is Fred Dinenage from “How,” for those of us oldies who had a misspent youth gathering together all the bits to assemble a DIY steam engine and then not actually making it but leaving the components lying around on the floor to annoy their families for weeks. Him.)

An interesting day to be entering the belly of the beast of the House of Commons, right on the day when the third disastrous defeat for the PM’s Brexit deal is possibly the one that will bring the government down…such turbulent times, who knows what next? But it was really exciting to come out of our meeting and hear the division bell go for the 7pm vote.
But we were there to talk about social care strategy and how carers can be better supported and connected – to services, to information and technology, to their own communities both geographical and social. This is the theme of the next Carers’ Week in June and yesterday was a launch event for that as well as pressing the government to release the long awaited Green Paper on the future of social care.
(“It’s ready…” So why are we waiting? Polite question. Just asking for a friend.)

I was there to represent carer experience by saying something about what it is like to do this job in 2019. What takes us forwards? What obstacles do we meet that could be better addressed by the state and statutory organisations? What would we like to ask for if we were given three wishes?

I’d been asked to tell my story and how I became a carer and what challenges I faced on a daily basis. To me it’s old hat now and although I do sometimes moan a bit about what has happened to my life, mostly it’s just become normal. I look after Nick – end of story. But it is quite a story when you add it all up and say it out loud, and I don’t think everyone in the group was quite prepared for this.
It made me realise how much we normalise behaviour and a way of life that other people might be really shocked at.
So I was the only carer and “civilian” in the room and it was a bit like being Exhibit A, and blimey quite a pressure to try to represent how it is for carers in general across the UK. I hope I did a decent job.
What really struck me was how little contact many of the organisational heads seemed to have had with people like me, I mean to have had the experience I’d been talking about and be sitting in the same room with them as an equal participant discussing ideas for change.
Politicians and charity bosses meet people all the time but usually as a constituent or someone who needs something, not as an equal player. Because mostly we’re either statistics, or just an invisible “they”.
Like the consultant airily signing off a prescription without wanting to look at the effects, it’s all very well to discuss strategy with each other or even go out in the field to meet the people you’re making strategy about  (- the “service users” and you all know how much I hate that expression) but unless you bring us directly in to those discussions, there’s always going to be a missed beat.

It made me think how much more I want to do – it’s a world I once knew very well, working in community development running focus groups and also (unbelievably, in a parallel universe) writing strategy reports for the DWP. It’s very easy to get stuck in your bubble. To believe in change and want to do all the right things to help people but in the end, you write the report and sign it off and collect your nice pay slip and don’t really look back.
There were some good people in the room though and it gave me hope.

And my three wishes? Just off the top of my head, mine – (apart from an instant and reversible cure for Huntington’s) would be:

1)    More money, of course, to recognise carers for the huge contribution that they make and properly remunerate that in line with the living wage.

2)    A commitment to joined up practice across the sectors. As everyone at the meeting said, how is it that we can turn the central heating up and down from a distance with a swipe of your phone, or that Tesco knows what your brother in law bought last Friday, yet two departments in the same local authority still don’t record and share information in a way that would make it easier for someone to access their support? Surely the technology exists for some kind of across-the-board Carers’ Passport (and no, not just to get 10% off the price of a coffee) a kind of one stop shop for carers where their authorisation is automatically logged and checked so they can gain access to repairs / medical appointments / social housing support / benefits advice on behalf of the vulnerable person they care for, without having to prove who they are and what the issue is, every single time. Too much to ask for? But - oh, what a massive difference that would make.

3)    Include us! In policy making, in feeding back, in all decisions that are going to affect us. And include us as crucial members of a multi-disciplinary team, because after all we are the experts, the people who see what‘s going on with the cared-for person up close, day in day out.