Where the light gets in 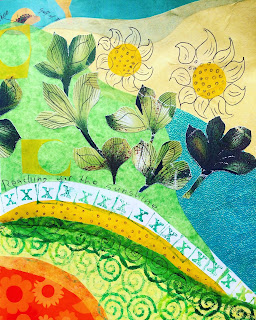 The weather is beautiful, at long last! My flip flops have come out of hibernation and the coats and scarves have finally gone back in the cupboard after doing an in-out dance for weeks.

Nick sits indoors with his door into the communal garden shut and the curtains drawn. Every time I come in, I throw the windows open and let the air and the sunshine in. He says he doesn’t mind either way, but his hair is damp with sweat. HD trips your internal thermostat so it’s very easy to overheat, but he doesn’t notice.
We can wheel him in his chair right to the edge of the door looking out into the garden and it’s a good place to park for some fresh air and light, but really he just likes his habits and to sit facing the other way with his radio, newspaper and TV.

Well – at least the TV and radio are working again and he can immerse himself in Netflix to his heart’s content. Science fiction, thrillers, science fiction thrillers, he can’t get enough and it’s all there at the fumble of a button.
He’s got to keep the sound down, though - we’ve had complaints again and the upstairs neighbour was making daily threats to Nick about the volume on his radio.

We got him some wireless headphones but he drops them, struggles with the tiny on/off switch or forgets to wear them altogether, so sometimes the radio does get turned up very loud. I was getting a bit scared as the carers reported that the neighbour was very angry, banging on the ceiling or coming downstairs  and shouting at Nick; on several occasions he’s tried to force his way in and they have had to prevent him.
To my utter amazement and eternal gratitude, the housing officer, the one I thought was so useless earlier in the year, has taken this on and had a word with Vic upstairs and given him a direct line number to ring. Whenever there’s a noise problem he’s to call that, not threaten a vulnerable person who is not completely responsible for his actions. We shall see…but at least it feels as if someone is actually listening to us and is trying to help.

The other amazing thing is that since I really kicked arse a month ago, the carers have stepped up and begun to operate in a – well, let’s not tempt fate and say seamless fashion, no, it’s hardly that. But they are doing all the things they were always supposed to do as part of their support plan, and other little helpful things (like do the recycling, put the wireless headphones on charge, etc) without being asked. They look professional and seem to be taking a pride in their work. I think it has something to do with the increased level of care they are giving Nick as his ability to feed or dress himself decreases. Suddenly they are Team Nick in a way they never were before when it was just very basic duties.
They have even taken over the storage and collection of medications so I don’t have to think about that anymore. It has taken six painful months but I think we are actually establishing a level of understanding and trust.
It is such a help, because I can see very clearly that Nick’s health is deteriorating. He can’t focus, he is loath to get out of his chair unless it’s to the loo or into the kitchen to get more wine, his movements are significantly worse. Poor love, he just can’t keep still; it is sorrowful to see.
What’s to do? Except be thankful that I don’t feel I’m carrying all these different and complex issues completely on my own anymore, and that Nick has his Netflix and we can take him out in the sunshine.