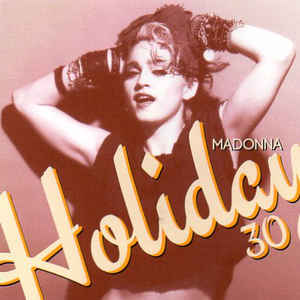 Well, I am channelling Madonna and going on holiday on Monday. Four whole days and nights away, out of the country, in the south of Italy with two of my oldest friends.
Lucky, lucky me.  Many carers are on the job 24/7 and get no break at all. A terrifying percentage of carers have not had a proper break in years.
Just think about that, if you are lucky enough to be employed at a job that gives you 3 or 4 weeks’ holiday time; caring is a job too, often on top of an actual job and with minimal pay or recognition for your work let alone sick or holiday pay. The relentlessness is beyond exhausting; there is no clocking off and even if you do get a bit of respite time, it doesn’t last long and because you have full responsibility for the well-being of an extremely vulnerable person, shit still happens whether or not you are on holiday so you can never really relax.

I haven’t had time to look forward to my little break or even think about packing, because this last fortnight has been one long rollercoaster of busyness and emergencies with Nick. So, like any carer who is lucky enough to get a bit of time off, getting ready for a holiday means getting a thousand contingencies considered and prepared for so that you can actually leave the building. Sometimes it really feels easier to keep going and carry on as you were. Exhausted but present for when things go wrong, or just thinking ahead to make sure that they don’t.

Leaving Nick is not that simple. There is so much to do and to plan in advance. The carers will give him his tablets and meals and if the place is filthy on my return and the bins full, with fruit flies buzzing around empty wine boxes all over the sticky kitchen surfaces, so be it.

It’s the unknown quantities that bother me. Not fussy hypochondriacal fretting but proper down to earth worries for good reason. The handle fell off Nick’s bathroom door on Thursday while he was inside, and it was a good thing that I'd come along early to take him to the dentist as otherwise he’d have got trapped in there again.
As it was, I had to use a lot of ingenuity and a fork to twist the lock into place and let him out.
I called the council repairs team and they agreed that it was an emergency and to send someone round immediately. I stayed at Nick’s all afternoon until after 6 but no-one came.
My angry phone call yesterday (after almost an hour on hold. God. If someone could take THAT away from carers) got a promise that they would definitely fix the door before 6pm but when I went in today the door was still unmended. The temporary doorstop I’d made out of a bag of cat litter wrapped in bin liners gaffer taped to the lintel had already had it – nothing stays intact around Nick for long – so I have had to make another one and will phone the council again on Monday morning. Will they pick up right away? What do you think? That’s another forty minutes of my life I won’t get back.

Another worry is the fact that the housing officer at the council has issued a crisis log to Nick and one to Vic upstairs to document any new incidents. Although the hearing loop was working well so that there was no sound coming from Nick’s TV or radio, Vic was still on the rampage and we have had several more violent outbursts and more police calls.
Last Monday I bumped into him coming out of the building and thought, oh sugar. But I stopped being scared of him when I realised that his mental health is clearly on the edge; he kept repeating the same garbled rant about a letter from his GP, and when another neighbour intervened to say, “Vic, I live next door to Nick and I can’t hear a sound coming from his any more”, he got angry and told the man to back off. But I felt vindicated and delighted that someone else was backing us up.

It’s always been all too clear that Vic is distressed but lately I’ve been scared of him. Now he just seemed rather pathetic, and in his own way as vulnerable as Nick. Well, not anything like as vulnerable as Nick, for one thing he can walk and move about freely and speak clearly and act for himself. But he’s not right, that’s for sure.
I had pretty much made up my mind that he must be hearing noise from somewhere else altogether to upset him so much, or (more likely) completely hallucinating.

Then on Tuesday I popped round with some clean washing and it all made sense. I could hear the bassline as I reached the entrance to the building, and coming into Nick’s flat it was deafening. He had somehow found an old battery operated radio and got it absolutely blasting out at top volume beside his bed. All the windows were wide open and the curtains were practically vibrating with the sound, but he was fast asleep. After all that!!! I could cheerfully have strangled him.

He does dimly seem to understand why I have taken this radio away too as well as all the others (how did he have so many! The obsessive side of Huntington’s, combined with always being a boy who liked gadgets) but really doesn’t seem to get how important it is that he honours his side of the bargain not to make too much noise. I have been furious with Vic and scared of him too for making such a fuss, but if he’s been hearing the kind of volume I heard on Tuesday then frankly I don’t blame him.

Meanwhile the carers, who are supposed to do the evening call at a time specific 8pm to get Nick into his pyjamas and give him dinner, have been coming earlier and earlier and I have already complained that they’re arriving too early. Today they rang the bell at 5.55pm. I had gone round with the weekend paper and Nick had only just woken up from his afternoon nap. Again, a good thing I was there as I met them at the door and told them to come back later as this was far too early. I said I didn’t care what their rota said, it was contravening the instructions in the support plan (true) and to phone the office if they had a problem with it. I suspect though that they had got a long gap between clients and hoped to get away with coming here early so that they could make up the time.
Nick would have been befuddled and just let them come in and give him dinner a good two and a half hours earlier than his body clock would like, in his PJs like a baby at 6 while it's still light outside, and then left on his own for the evening before he even realises what’s happened. It’s not on.

I sound like a dragon but honestly I need to be, because the point I hope I’m making (and forgive me if I’ve laboured it, you can see that I could do with a break) is that things DON’T happen seamlessly. Even on a good day with no actual life-threatening disasters, there is always stuff like this that should be going according to plan but doesn’t. People paid to do their jobs, their “you had one job” roles, who don’t do them. Who sorts it out? Me. And if I’m not there to fight for Nick, who will be?

And now I am about to leave things to take their course for a few days and everyone says don’t worry, it’ll be fine, just go, and I’m sure it will - but you can see why I’m anxious, can’t you?